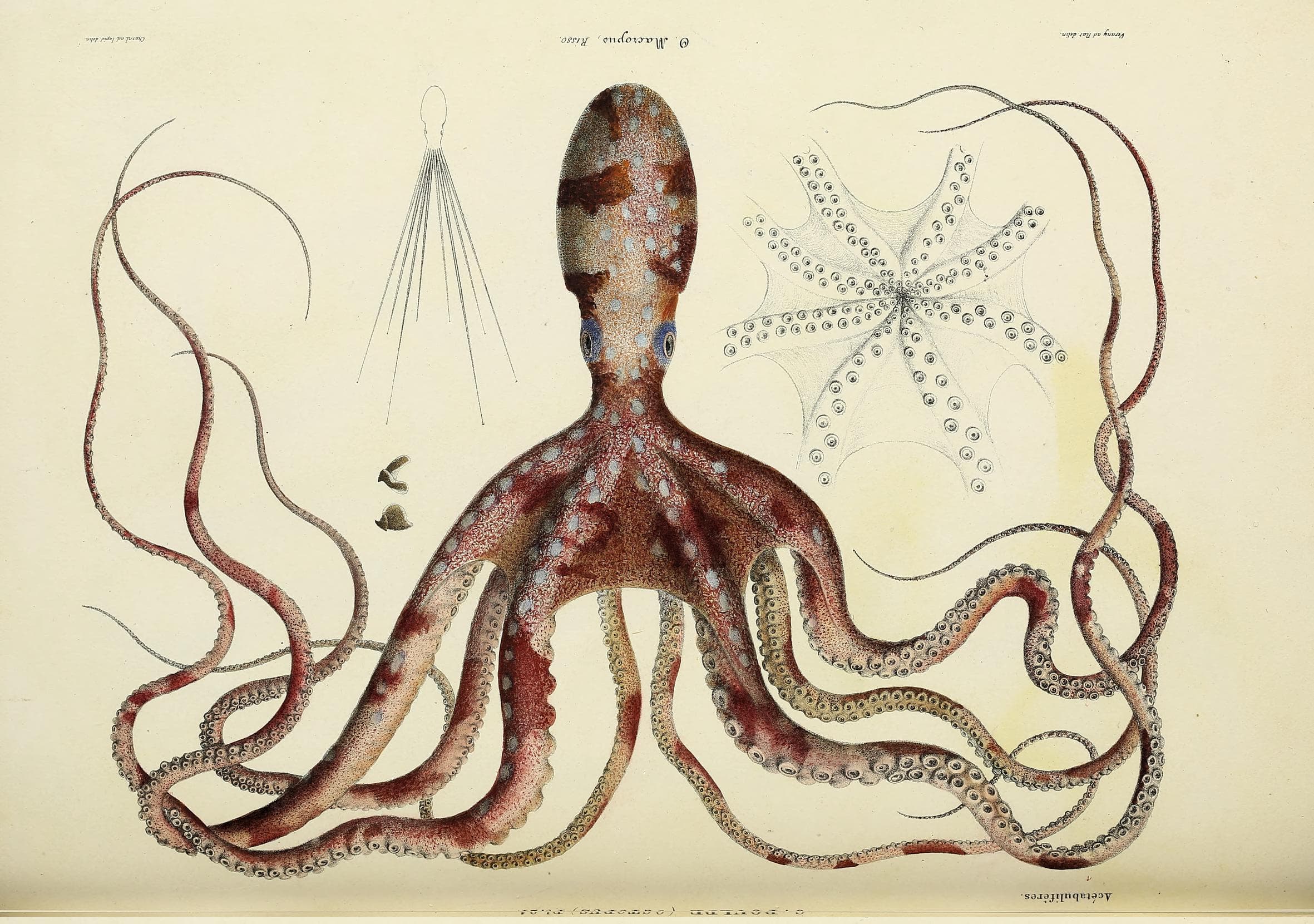 The time leading up to a new Ceph release exposes new insights and ideas that pave the way for future Ceph releases. Leading up to the first release of Quincy, we saw a need for large-scale testing – the idea being to validate Quincy’s new features, performance, and resilience against 1000+ OSD clusters.

The need for large-scale testing goes beyond the capabilities of our current small-scale integration testing scenarios. Testing Quincy at scale would allow us, for the first time, to identify bugs and bottlenecks that only occur on sizable clusters. We would also be able to evaluate a large cluster’s behavior in different environments, such as hardware, resource limitations, and workload patterns.

In this blog post, we introduce three large-scale test clusters we worked with and outline the challenges and outcomes we encountered for each one. We also explain performance results that came as a result of our testing efforts.

The Gibba cluster is a large-scale test cluster that Ceph engineers periodically use to test upgrades and new features. Backed by Cephadm, the Gibba cluster holds a total of 975 OSDs (SSD) and 40 hosts. It also has 13 TiB of raw capacity.

Initial challenges with the Gibba cluster included converting upstream teuthology nodes into a large-scale test cluster, dealing with limited CPU and memory resources, figuring out how to use tools like CBT (the Ceph Benchmarking Tool) at scale, and addressing bugs that led to redeployment.

From our work on the Gibba cluster, we derived best tunings to continue large-scale testing, tested fresh deployments with Cephadm, fixed multiple bugs that were not caught in integration testing before releasing 17.2.0, and made it possible for developers to perform large-scale tests on future releases.

We encountered several challenges and outcomes on Gibba that were specific to Cephadm. The three main challenges we dealt with were 1) Rolling upgrades on a large scale from 16.2.7 to Quincy, 2) Managing upgrades with low resources, and 3) Running orch commands on many OSDs and hosts.

To combat these challenges, we set up an Ansible playbook to install the Cephadm binary on each host to ensure that the hosts had the dependencies they needed, such as podman and lvm. We also tested a Cephadm purge at scale, which provided us with better knowledge of how to do this in future customer situations. Lastly, we identified and fixed six notable bugs in Cephadm, BlueStore, and manager modules that were not caught in upstream integration testing. See the Tracker Index for details.

After upgrading Gibba’s managers to Quincy, we were able to check the behavior of Telemetry’s new opt-in flow and the performance channel, both of which were new features added to Quincy. We also observed how the module behaved on a large scale.

From our observations, we confirmed that the opt-in flow works as expected after an upgrade, fixed several bugs in the performance, device, and crash channels, introduced some fixes for the Dashboard behavior, and addressed an anonymization issue in the performance channel See the Tracker Index for details.

With the Cephadm and Telemetry bug fixes also came some new developments in the QoS mClock scheduler. Concerning mClock, we were mainly curious about the behavior of its profiles on a large scale. We also hoped to test the effect of mClock profiles on recovery and client I/O, as well as the effect on background operations like scrub, snaptrim, and PG deletes.

For the future, we hope to introduce a new mClock profile that optimizes background operations like scrubs, snaptrim, and PG deletes over recoveries and client I/O based on findings from the Gibba cluster.

The Scalelab “Logical Large Scale” cluster is a cluster we used to observe Cephadm’s scalability and other performance aspects. The Scalelab cluster has 127 Red Hat-supplied servers, 8,134 OSDs (NVMe backed nbd), a 25 Gb network (VLANs), and a 75% full capacity utilization.

A notable challenge of the Scalelab cluster was inconsistent monitoring past 3,776 OSDs due to a large performance counter payload that was getting sent to Prometheus every 10 seconds. Also observed were intermittent delays in the manager CLI due to stats collection every 5 seconds.

In response to these challenges, a workstream was initiated to better distribute perf counter collection, review and reduce data sent to the manager, align stats collection to cluster size, and improve the ability to control metrics collection.

During testing, we also found the Cephadm-ansible playbooks used for pre-flight and purge to be successful. The scalability of Cephadm was confirmed to be 8,134 OSDs.

The Scalelab cluster (not to be confused with the Scalelab “Logical Large Scale” cluster) is a cluster we used to perform a Cephadm upgrade, test RGW’s performance, and compare the results of varying workloads. Managed by Cephadm, the Scalelab cluster has 13 Red Hat-provided servers, 832 OSDs (NVMe backed nbd), a 25 Gb network (VLANs), a Canary RBD workload (R/W), and a 75% full capacity utilization.

During a Cephadm upgrade, we experienced a pg_autoscaler bug where the autoscaler scaled pgs from 32 to 32,768 pgs on a cephfs meta pool. We also noticed a high ingest rate outpacing the mgr and autoscaler, leading to a temporary OSD utilization skew.

Despite these initial challenges, the upgrade proved successful; it took a total of 9 hours for 832 OSDs. In response to the autoscaler bug, we created a Tracker issue for it and resolved the root cause. We also found that the Cephadm upgrade had a minimal impact on the Canary workload.

In addition to the Cephadm upgrade, we used Scalelab to test an early version of Quincy on an RGW S3 object workload. The goal of this effort was to verify Quincy’s functionality and to test its baseline performance at scale.

While the smaller sized workload uses :

These two sets of object sizes were then executed as follows:

While the generic sized object testing executed without issues and provided expected results, the smaller object workload observed a blocking issue (Tracker 54124) that was resolved by adjusting (in this case doubling) the default values of rgw_thread_pool_size and rgw_max_concurrent_requests.

We also saw a huge performance boost for small object workloads in quincy 17.2.0 as compared to 17.2.1. An investgation revealed the difference to be that bluestore zero block detection was enabled by default in 17.2.0, but disabled in 17.2.1. Bluestore zero block detection, a feature meant to be used in large-scale synthetic testing, had unintended effects on some RBD and CephFS features in 17.2.0, which is why it was disabled in 17.2.1. There is ongoing investigation (tracked in Tracker 56640) on how we can safely achieve the same performance boost for future Ceph versions.

To test at scale, the following non default settings were applied:

See the Tracker Index for a list of bugs we encountered and fixed.

When comparing between Pacific 16.2.7 and Quincy 17.2.1 with the RGW S3 small object workload, we observed that:

Only after the cluster is filled to the desired capacity, a 1-hr hybrid workload is executed as a baseline measurement for later comparisons. This graph plots both the read and write throughput of the hybrid workload.

48-hr hybrid workload is executed to stress and age the cluster. The average read and write throughputs are graphed below.

A second 1-hr measurement workload highlights the effect of extended use of the cluster on performance.

The resounding conclusion from all of our scale-testing efforts is that scale testing is very valuable! For future releases, we plan to increase the frequency of performance and scale testing we do to catch further bugs and performance bottlenecks. Any help with hardware is extremely welcome.

Currently, we make regular use of the Gibba cluster to identify upstream regressions early, build clusters of different scales based on feature testing requirements, and perform continuous upgrades.

Finally, we plan to introduce a new suite to our teuthology integration tests that will run large-scale synthetic tests on upstream pull requests prior to merging.